What is the decisive element that makes you recognize a brand? Many in the printing industry will say color. But I would like to differ: it’s shape, over color. A small test I did shows this. As well as many (in)famous rebranding efforts, by well known companies.

CONTENTS: A Small Test | Silly Discussion… | Brand Redesigns | Why is this important?

This is the test, with the three variations of the Red Cross logo. 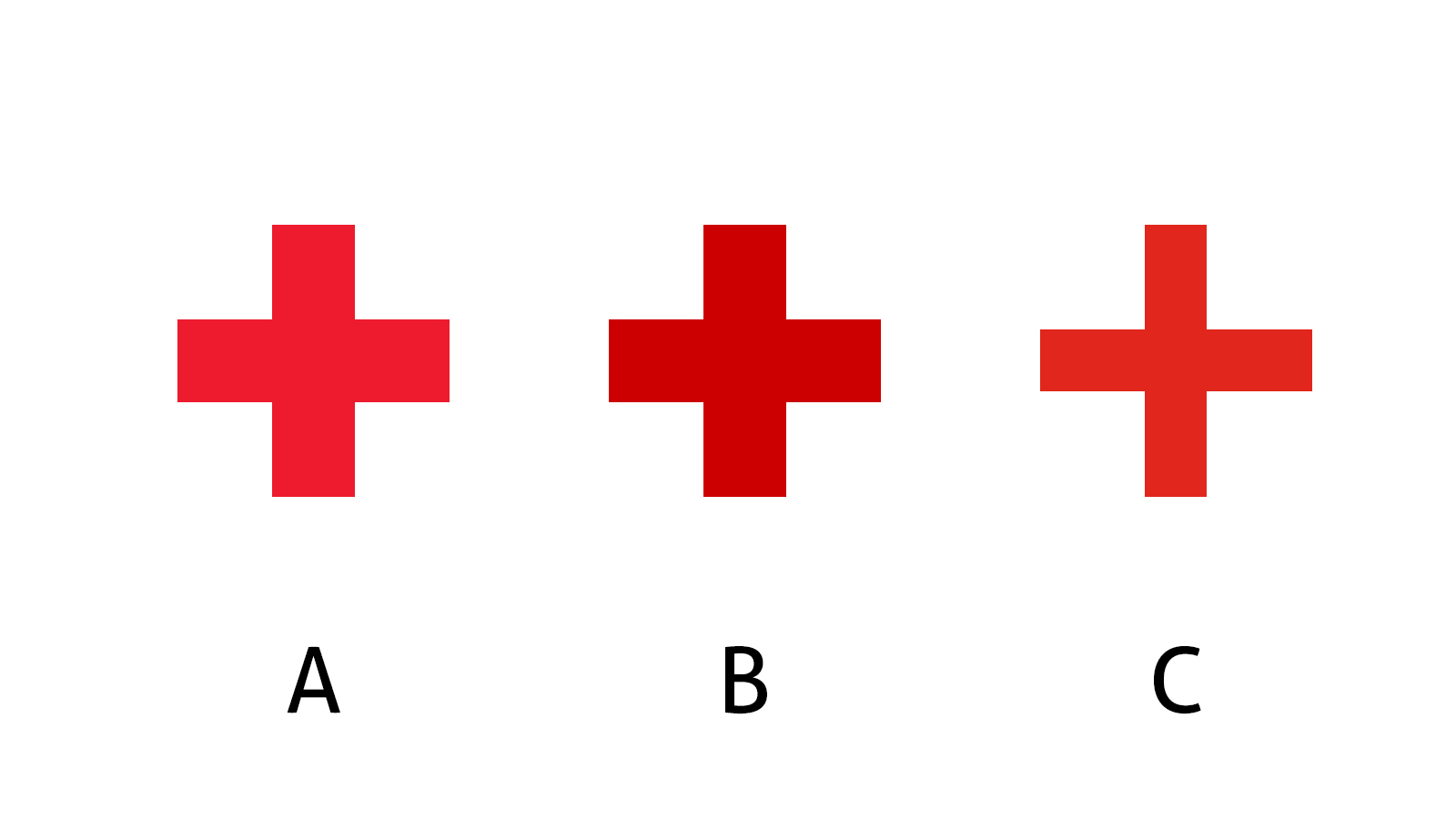 Below you can see the result of this small test. 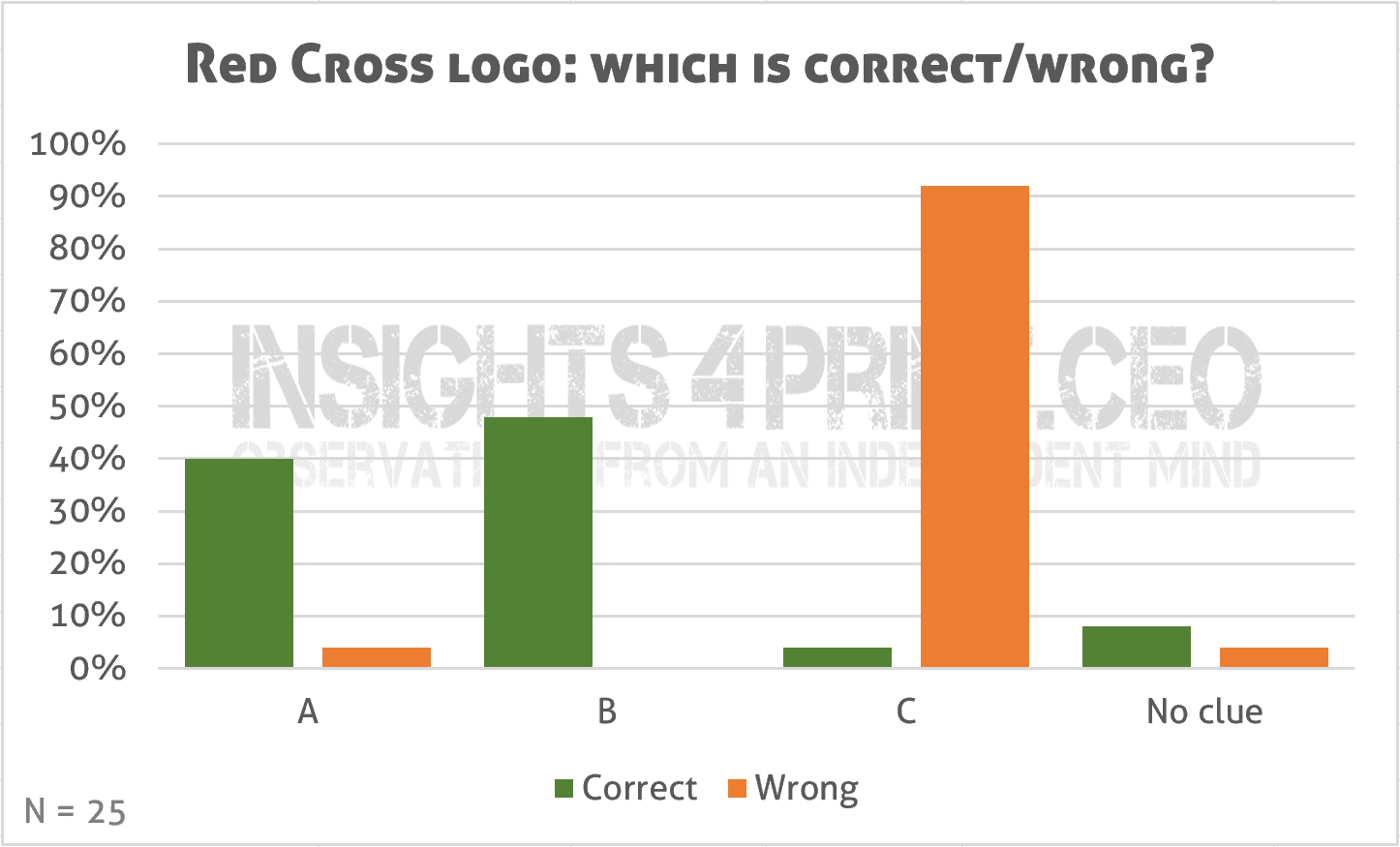 Almost everybody was convinced that C was the wrong one, this is the one with a slightly different shape. But there is disagreement which one is the right one. 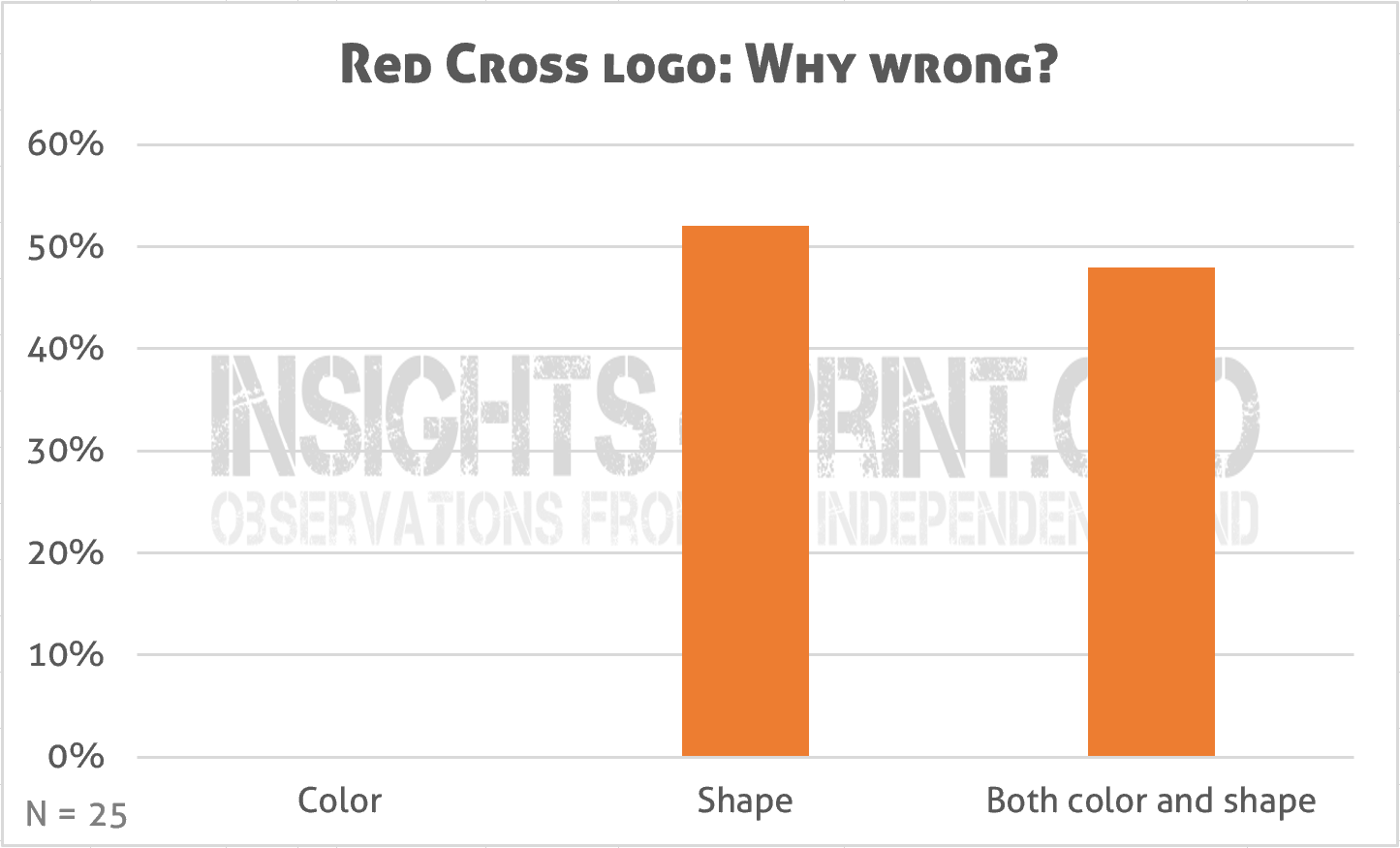 And if we look at why it was wrong, everybody said the shape was wrong. Even though the three had a different color, half of the respondents didn’t indicate ‘color’ in the reason why it was wrong. This proves my point: brand recognition is more about shape than about color.

Silly discussion…
Yes, I hear you: this is a silly discussion. Well, not really. In a professional (packaging) workflow, it won’t happen, but if you look at presentations and even some – amateurish – publications, you can see logos that were scaled asymmetrically and therefor distorted.

And even in packaging, it has happened: at the time when shrink-sleeve labels became popular, it has happened with bottles with special forms that logos were distorted during the shrinking process. Which sometimes made people wonder. It was only when software vendors came with solutions that could calculate the distortion and compensate for it, that logos appeared correctly in the final package.

Brand redesigns
However, there is a situation where ‘shape over color’ does matter: brand redesigns. There have been iconic, or infamous, redesigns that sometimes even have been reversed, where the color scheme stayed the same, but the shape was quite different. Which hurt the brand recognition by the public.

Probably the best know brand redesign failure is Tropicana. And it was reversed. The new branding, although the same color scheme, was too different in shape from the old one. People just didn’t recognize it anymore. You can find a lot of articles on it, including the cost of the operation. Here is one. 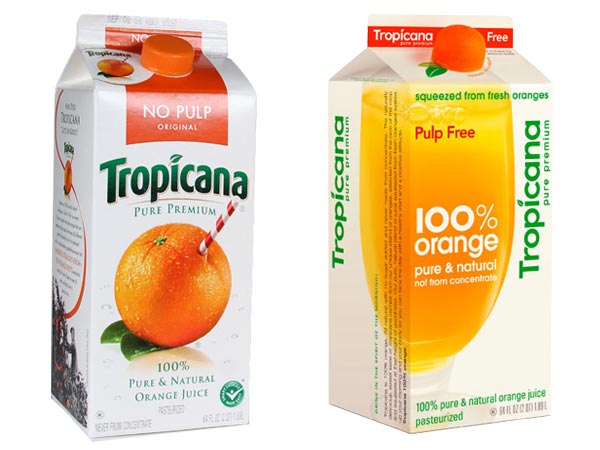 And maybe even worse, was the – very brief – rebranding of GAP. It didn’t even take one week before it was reversed. Again, the color stayed the same (although it became a gradient into a lighter blue). But the font changed, the overall look changed. Here you can read more about this infamous rebranding effort.

But there are also examples where the colors changed while keeping the shape, without hurting brand recognition. The most famous example: Apple. When you look at the evolution of the Apple logo, you will see multiple different color schemes, from a multitude of colors, to pure black or gray. But the – iconic – shape stayed the same. And nobody had problems recognizing the Apple logo, the Apple brand. Color isn’t as important as some people claim when it comes to brand recognition. This figure gives a nice overview of the evolution of the Apple logo.

Why is this important?
People involved with print or packaging production assume that color is the most critical feature of a brand, of a brand logo. But it isn’t. As I showed in previous articles, it is only the general color category (red, green, blue, purple, …) that consumers, that our brain will use to find a specific brand in the supermarket. It’s not about colors that are within a few delta E of the ‘official’ brand color definition. It’s about the more general colors.

(Visited 655 times, 1 visits today)
About Eddy Hagen 118 Articles
The printing industry has changed significantly over the last few decades. And that change isn't over yet. Eddy Hagen has been observing all these changes from a front row seat, since 1988. He has seen and debunked hypes that still don't deliver. He has seen and promoted small evolutions that had a big impact. He has connected the dots to get a better view. He is an independent mind who might be able to give you unique insights in the world of print and innovation.
Website Twitter