These are my favorite statistics: the financial ratios derived from the annual accounts that companies are required to file. The most recent figures were published earlier this week, time for an update. And this time, it’s a bit of a mixed bag.

CONTENTS: Net operating margin printing industry | All manufacturing industries | Does size matter? | Why is this important?

As a C-level, president or shareholder of a company, you need good benchmarks to know if your company is performing well. From a financial point of view, the statistics derived from the annual accounts are from the best you can get. In Belgium, every company needs to file its annual account within a reasonable amount of time. And with some delay, the National Bank of Belgium publishes statistics based on those figures. The latest numbers are from 2017. Let’s take a look! 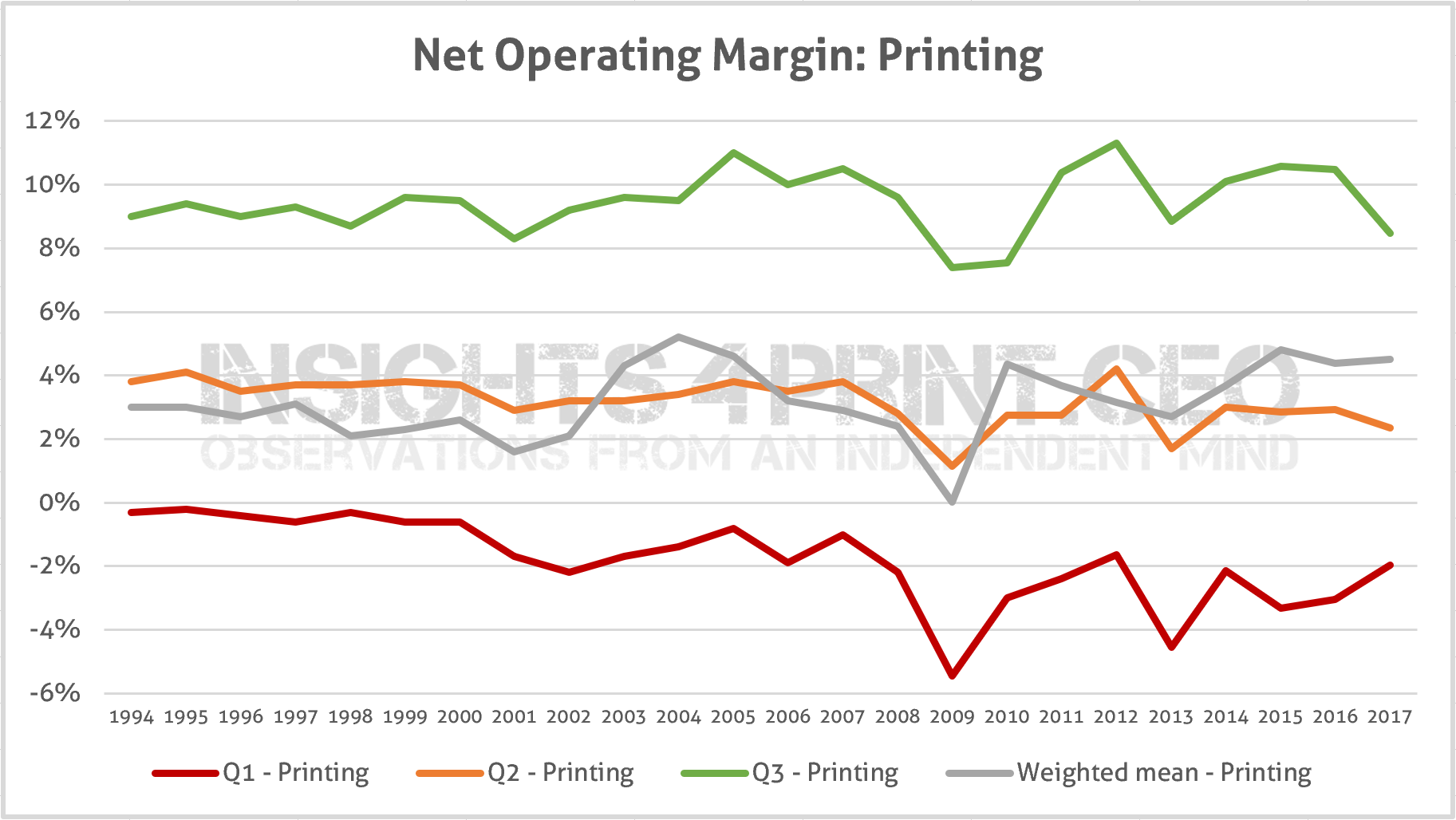 While the net operating margin stayed about the same in 2016, it had a rather significant decline in 2017 for the profit leaders (Q3). The average printer (Q2) also saw a slight decline. On the other hand, the laggards (Q1) showed an interesting increase in operating margin, but still, it was negative.

All manufacturing industries
From an investors point of view, it’s also interesting to take a look at the financials from other industries. In the graph below, you can see how the printing industry compares to all of the manufacturing companies. 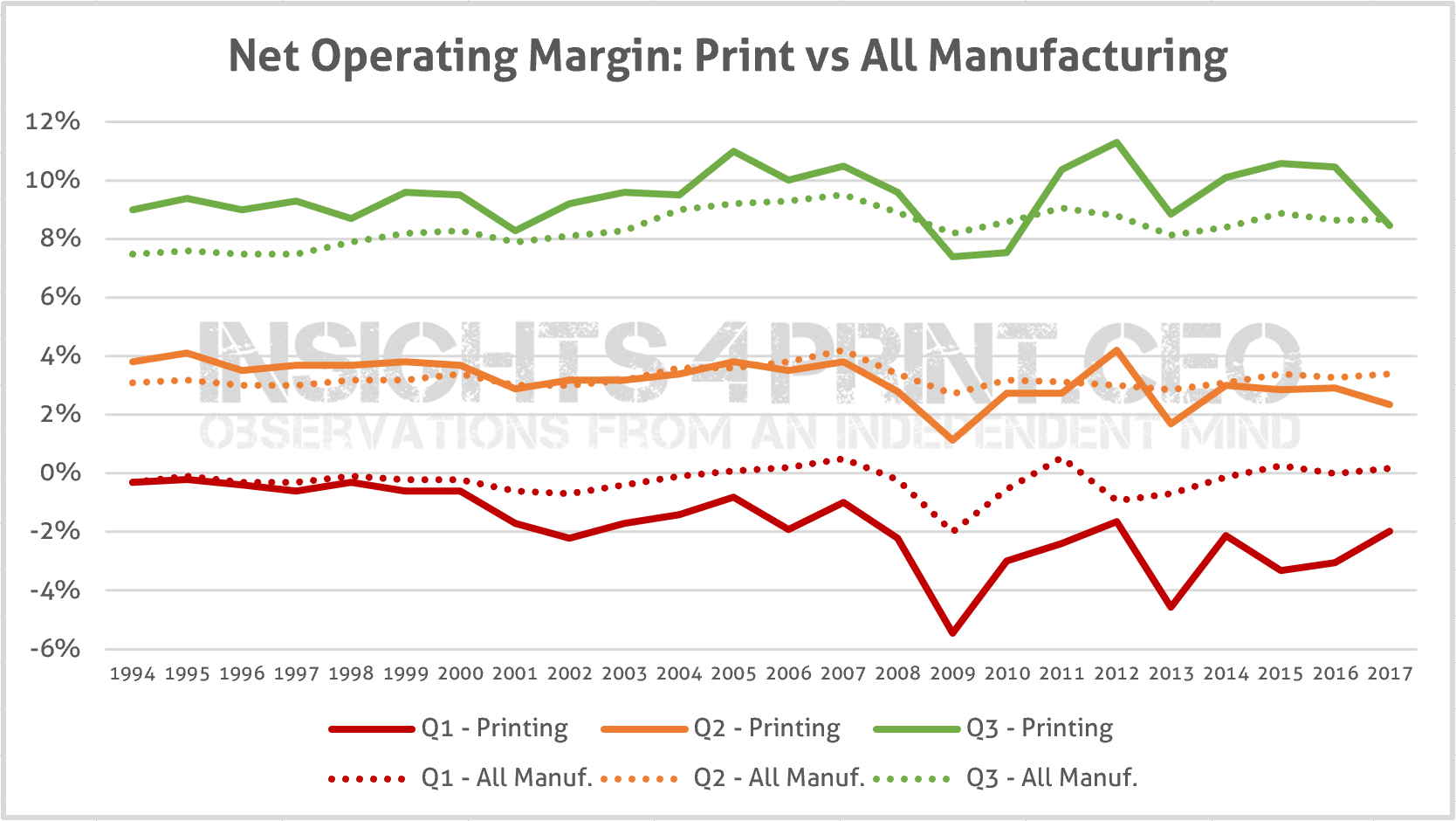 What’s immediately visible, is that the laggards from the printing industry still perform worse than the laggards of all of manufacturing. The profit leaders have always had a higher net operating margin, except for 2009 and 2010. But in 2017 it is about at the same point… Let’s hope the printing industry profit leaders can regain that slight advantage. 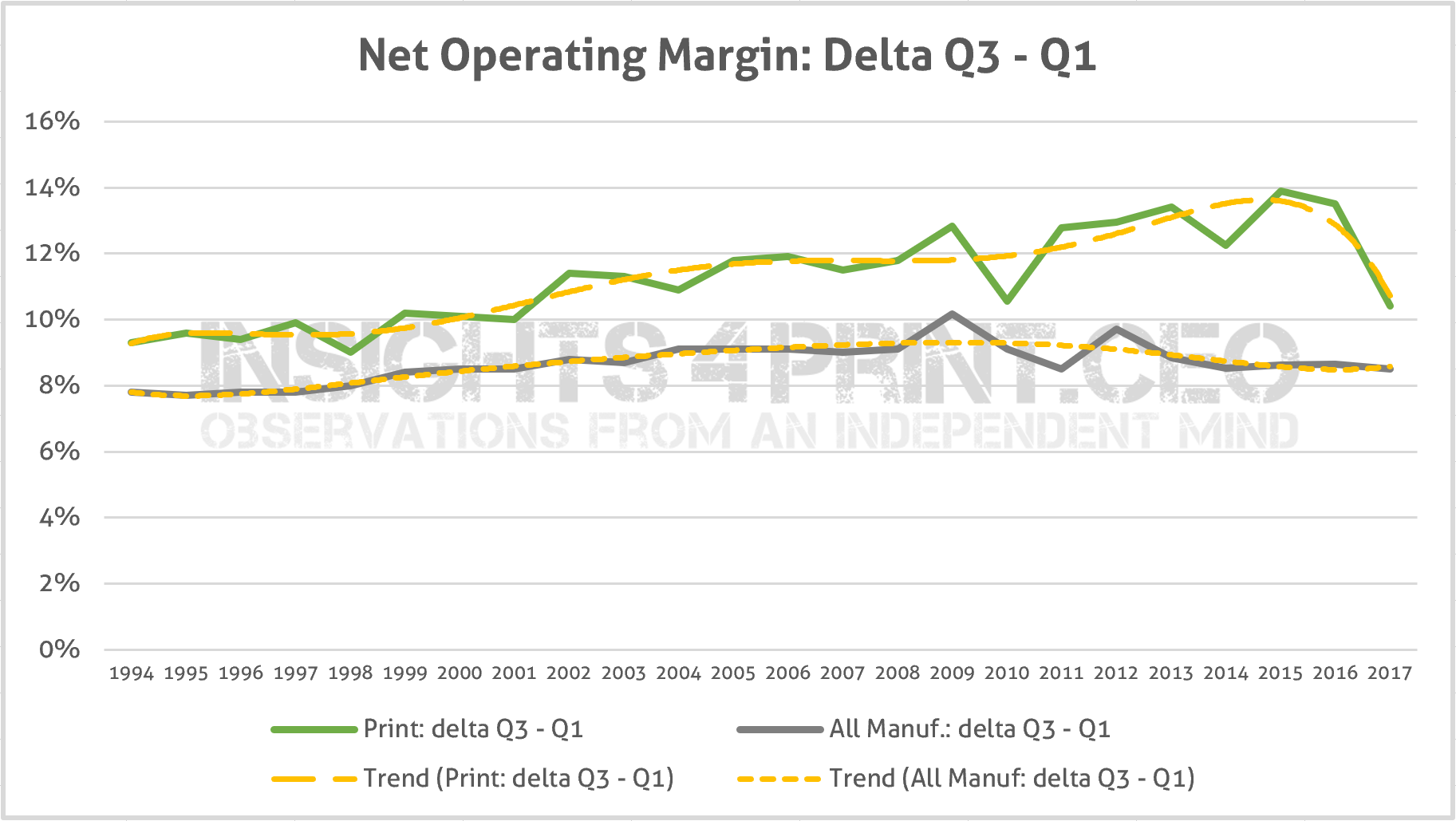 As a reference, I’ve also added the same delta for all of the manufacturing industries, which is rather flat.

Does size matter?
The last graph I want to show you is related to size. Depending on the size of the company, the annual account should be using the complete, the abbreviated, or the micro model. The last one was introduced for the fiscal year 2016 and is applicable for companies that have exceeded only one of the three following criteria: 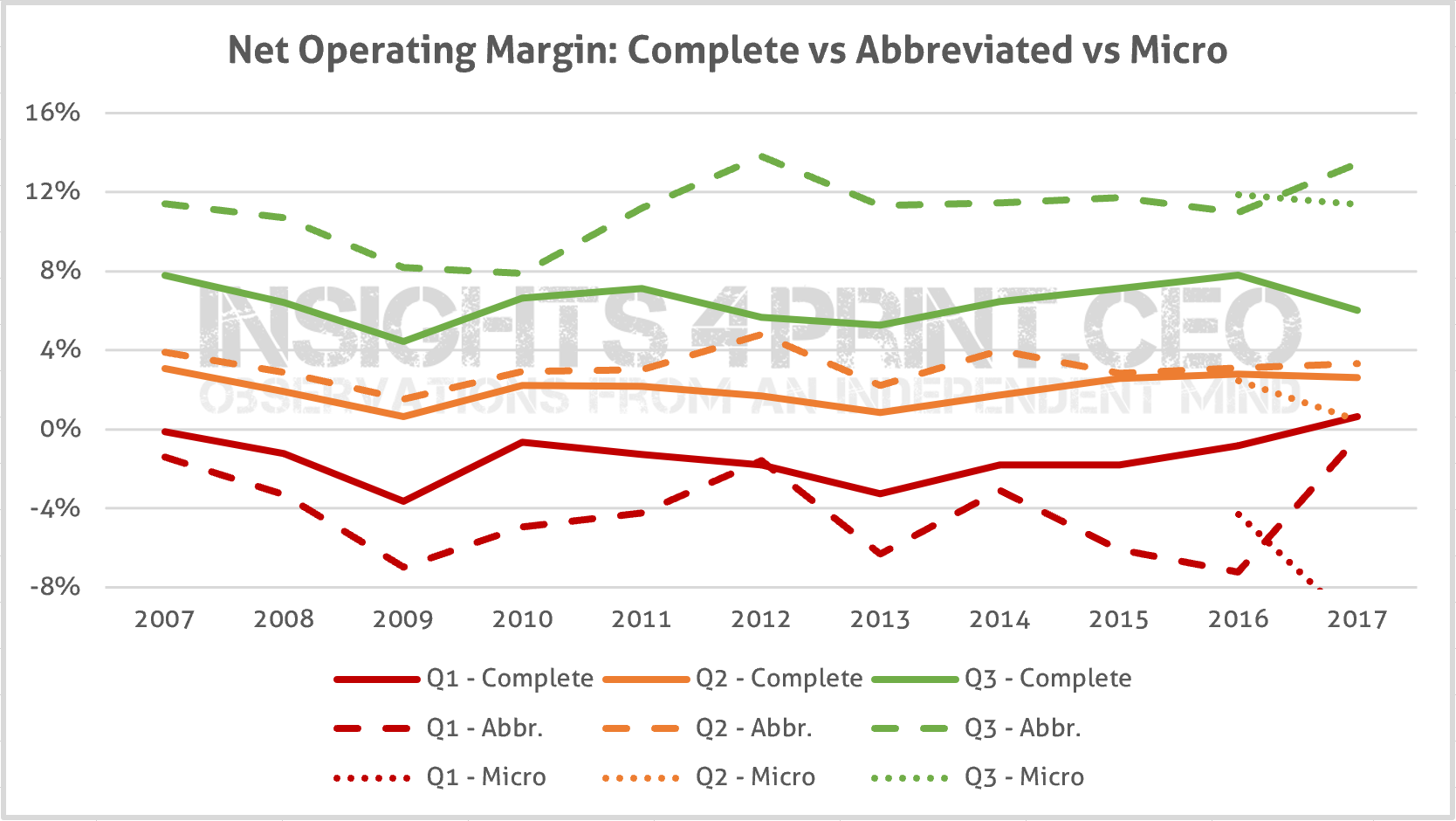 Based on this graph, we can conclude that the mid-sized companies are the best performers: all three values are higher than for both the large and small companies. And especially in 2017, we see an increase in the net operating margin, both for Q1 and Q3.

Why is this important?
Every company should benchmark itself, on all kinds of parameters. Government data can be a very good source, as these figures from the NBB show.

PS: here you can find the first article on the printing industry profitability, from 2017.

(Visited 783 times, 1 visits today)
About Eddy Hagen 118 Articles
The printing industry has changed significantly over the last few decades. And that change isn't over yet. Eddy Hagen has been observing all these changes from a front row seat, since 1988. He has seen and debunked hypes that still don't deliver. He has seen and promoted small evolutions that had a big impact. He has connected the dots to get a better view. He is an independent mind who might be able to give you unique insights in the world of print and innovation.
Website Twitter